Durdle Door on the Jurassic Coast of South England 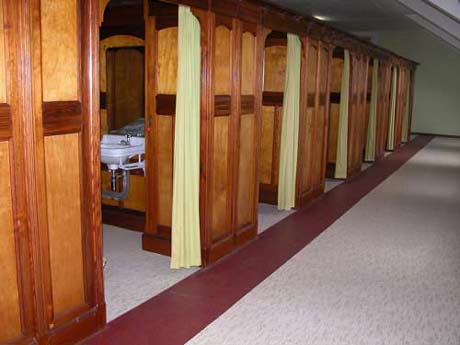 Durdle Door is a natural arch found on the Jurassic coast of Dorset in England.

It forms part of the Jurassic Coast which is a World Heritage listed piece of coast extending from Old Harry Rocks in the east all the way down to Devon in the west.

The arch is made from hard limestone known as Portland Stone which has been tilted softer rock behind has been eroded away allowing the arch to be exposed on both sides. This line of hard rock continues in the bay to the east,known as Man O’ War Bay where it has been eroded right down to sea level though it is exposed at low tide.

The rock can be reached in two ways one from Lulworth Cove in the east though this is via a very steep footpath which some people may find challenging.However if you are fit then you can park our car in the Lulworth car park then walk west to Durdle views are spectacular.

If you want to park a little closer there is a car park above the door which is accessed through a camp site behind the door. A parking charge is payable for both locations. From here it is a short walk down to the door though if you want to go right down to the beach then there is a steep decent.

If you expecting fine sand to stand on as you admire the door you will be disappointed as you will be standing on pebbles which can feel hard underfoot.

Do not on any account try and climb the door as you firstly may fall off as you climb and even if you get to the top and dive into the sea it is not that deep and you may injure August 2010 a man in his 70s did just that TWICE and had to be airlifted to hospital by helicopter.

If you need the bathroom or a drink you will have to go back to the camp site mentioned above.

If you want to view the door from the ocean side there is a guided tour using rent a kayak at Lulworth Cove are guided along the coast to the door.

There are other things to see along the way such other smaller rock arches which are still being from the sea side of the coast can this be best time to go would be April to September.

Use These Tips To Get The Best Garden

Because horticulture has been around for centuries, people have developed many ways to grow fresh, organic fruits and vegetables that will not require the use of dangerous chemicals. If this sounds like something you may […] […]