Foot In The Door Phenomenon: A Persuasion Technique That Really Works 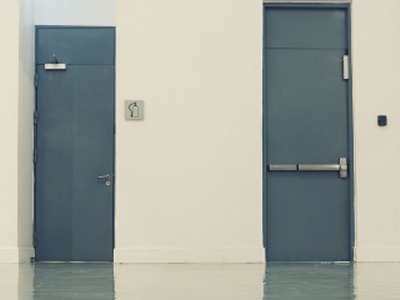 When people hear of the foot in the door phenomenon, the first image they usually see in their minds is that of a salesman going door to door selling products. That’s not such a far-fetched visual since salesmen are supposedly masters of persuasion.

But what is the foot in the door phenomenon really about, and how can regular people use this persuasion technique effectively on a consistent basis? Read on to find out more.

It’s The Point Of Entry.

The foot in the door phenomenon is actually a persuasion technique that allows a person to gain initial trust and support from whoever they want to ask big favors from in the future. It’s your way in, so to speak, before you can ask for big favors.

Unlike other influence tactics that teach you to do someone a favor first, this method teaches you to do the complete opposite.

If you want to get someone to do you a big favor, test the waters first by requesting small things. Research has proven that people will more likely agree to do complicated tasks assigned to them, after they have previously agreed to do the simpler ones.

For example, if you want your colleague to cover for your shift three weeks from now, you have to start conditioning his mind to complying with your requests. Start by dropping a pencil near his desk and asking him if he could please pick it up for you, and move on from there.

The foot in the door phenomenon sounds a little illogical at first. Most people think that the more you ask of a person, the more they’ll reject you, and that you can only ask so much from your friends and family.

However, studies have gone on to show otherwise. Consistency is the key. It turns out that once people make a commitment, they are more likely to follow through with the bigger responsibilities, more so if the commitment was made public.

Behavior modification works the same way. When you ask a huge favor from a friend right off the bat, it’s too big of a favor to swallow. Requests are good in increasing doses, so start simple and work your way up there!

The foot in the door phenomenon is a wonderful tool not only for people who have a career in sales, but also for regular individuals. Think of how much use you can get out of this! The more you practice, the subtler you can be and the better you’ll be in applying this persuasion technique.

No More Struggle – HVAC Success Is Yours!

Your home’s HVAC system is very important; neglecting it is not a good idea. You are likely here to learn about getting your HVAC system to last. The following article has helpful advice for you. […] […]