Garage Door Opener Tech: A Short Look At The History Of This Great Invention 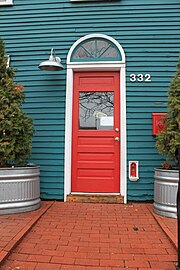 As garage door openers are automated gadgets that either open or close the garage entrance and exit, they are controlled by electric devices such as battery powered remote controllers and permanent switches in the garage. When learning how to use this type of accessory, one is advised to refer to the manual book provided during the purchase or installation of the device. If one has unfortunately misplaced their manual book, there is another option of searching for the operating information on the various internet websites concerned or even download a soft copy of the same.

On a simple overview, the type of doors that use electric motors to operate them were first invented in the early 1900s but this technology did not become popular until after the Second World War where they were operated by a keypad installed either in the garage or on the drive way from the garage. Many people tend to believe that the electric system of a garage door is the one responsible for lifting the door so that it opens and closes but they are wrong. The lifting energy comes from door springs that are usually located below the door and work on an action-reaction basis.

Apart from being responsible for the opening and closing of the exterior door, the opener also holds the door firmly for one to be able to lock it. This system works perfectly mainly because of the electric motor it uses. The whole electric assembly is located above the door and it is supported by firmly fixed iron bars that are placed in strategic angles. These doors also have tension monitors which are in form of cables that detect when another major cable is broken or not working properly and provide other mechanisms to enable lock the door after it is closed.

At the same time that the invention of this automated garage openers happened so did the discovery of how to use a wireless device to open these doors was realized. At the time, these remote controllers appeared to be very simple as they consisted of only a basic transmitter and a receiver on the other end that used radio signals to make the door either close or open depending on its current position. This mechanism of using radio signals in controlling the garage doors was adopted from the mechanism of detonating bombs wirelessly during the Second World War.

The advancement stage of the remote door opener used multi-code systems which required the owner to key in a digital code by use of several switches on both the transmitter and on the receiver. These devices were however not designed to cater for tight security needs and so there were the third and fourth stages of advancements that improved security issues. This design of automated garage door opening was mostly used on commercial garages but after considerations it was adapted for use residentially. The advancement of this technology is continually being felt as more advanced mechanisms such as the use of jack-shaft openers are becoming popular.